Laura Grossenbacher, Ph.D is Director of the Engineering Communication Program and the Director of Undergraduate Program Review. She holds a Ph.D. in English from the University of Texas at Austin, and has been teaching courses in engineering communication at UW-Madison for sixteen years. She has been involved in the development of online modules in engineering communication to help create a more flexible, blended learning experience for students. The modules are also designed to be used by engineering faculty in all departments as communication-across-the-curriculum initiative. She presented a paper on the value of these modules for developing consistent assessment practices for the 2012 ABET Symposium in St. Louis, Missouri, and again at the 2013 Symposium in Portland, Oregon.

She has taught engineering communication as part of the UW-Madison College of Engineering study abroad programs in both Toulouse, France, and Hangzhou, China. Her research interests in engineering ethics have been informed by her work abroad and by her development of case studies for a capstone course she teaches for undergraduate students in the International Engineering Certificate. She has given several professional presentations on issues in engineering ethics, including at the Association of Practical and Professional Ethics Conferences in 2011 and 2012 and at the Congress for Social and Ethical Implications at Arizona State University in November 2011. In January 2012, she was the invited ethics faculty for the “Winter School” of the National Nanotechnology Infrastructure Network; this two-week study abroad graduate program, held at UNICAMP, Brazil, is sponsored by the National Science Foundation. 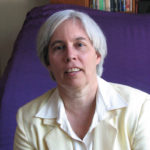 Cynthia Poe, J.D., Ph.D.
Cynthia Poe holds a J.D. from the University of Michigan and a Ph.D. in U.S. History from the University of Wisconsin-Madison. She came to Madison after several years of practicing law and managing political campaigns in Cincinnati, Ohio, and has been teaching in the Engineering Communication Program since 2008. Cindy’s teaching and research interests include communication across the curriculum, civic and political communication, environmental history, and legal and constitutional history.

Mike Shapiro
Mike A. Shapiro (he/him), MA, has been teaching in the Engineering Communication Program since 2014, and has advised Wisconsin Engineer magazine since 2020. Mike has taught writing online since 2009, with a focus on supporting less-confident writers and on helping all students increase their writing efficiency. 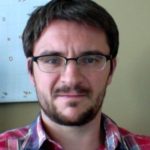 After a brief stint in the world of finance in New York City, I came to realize that my life interests lie in writing, literature, and academia. Since I’d studied mathematics and economics in college, and since English isn’t my mother tongue (I was born in Poland and grew up in Montreal, Canada), my discovery required me to go back to school to hone my language skills. Having earned two Master’s degrees in creative writing, I was then hired as a lecturer in the College of Engineering at The Ohio State University. Five years of teaching composition and technical writing to Buckeyes — five years during which I learned as much as my students — have prepared me well for teaching in UW-Madison’s Engineering Communication Program (Go Badgers!). Further, my regular interaction with engineers has sparked my interest in the history of science and technology and in professional ethics, topics that you can hear me discuss in my InterEGR 397 classes. And when I’m not teaching or grading, I can be found holed up in some corner, writing the Great Polish/Canadian/American novel.

Other instructors who have contributed to the success of the Engineering Communication Program include the following individuals: